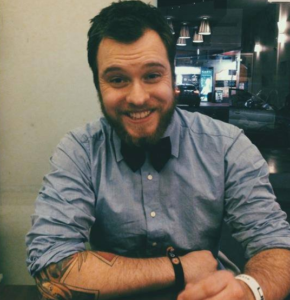 Working in the IT department of the public service, Edward “Teddy”, 27, Canberra, spends his time at the gym, with friends, reading comic books, or with his partner.

However, for the past 13 years, Teddy has lived with clinical depression.

The signs first became apparent when he was in high school. Teddy’s parents became concerned when he started to experience some anxiety and his mood dropped.

“I had started to experience some anxiety issues when I was very young, in year 7 at school. I wasn’t diagnosed with anything at that time and there were a few other factors in my life, including starting high school, and the beginning of puberty, which also played into my emotions,” Teddy said.

Two years later, however, Teddy’s family became very concerned as he reached a point where he was often sad, or felt down most of the time.

“Depression was in my family. When I began to experience a drop in my mood, and couldn’t be motivated to do anything, I started to miss a lot of school. It started to become clear to my parents that what I was feeling was more than just puberty,” said Teddy.

Around this time, Teddy met with his school counsellor, as well as a few other counsellors, psychiatrists, psychologists, and GPs.

Due to his mood and emotional state at the time, Teddy finds it hard to recall specific details, but at some point, one of the medical experts diagnosed him with clinical depression.

“I saw some counsellors, and I remember being given a test by my school counsellor, which was designed to determine how I relate and interpret things. I saw a GP and a few other counsellors and specialists, and I was formally diagnosed with clinical depression.

“My GP prescribed me some medication and, throughout the years since, I have been on and off a few different medications due to some negative effects. Others that did work, left me feeling really flat,” Teddy said.

Throughout his high school years, Teddy continued to battle with depression, and he recognises that it put a strain on his studies and relationships.

“My parents were great, and they took me to get help really quickly.

“Academically, I did suffer as a result of my depression. I was unmotivated to go to school, and my attendance and grades did slip at the time,” said Teddy.

“Later on, in year 10, 11 and 12, when I started to get girlfriends, it was harder for me, as being depressed put a strain on those relationships.”

Despite all of this, Teddy continued to work towards overcoming depression. Although he is still living with clinical depression today, Teddy says he works hard to cope with it.

“There were times in my life that it was definitely an uphill battle. I know, particularly when I was around 18, I turned to alcohol, and would drink more than I should to try and cope with depression. It became like a crutch for me,” Teddy said. 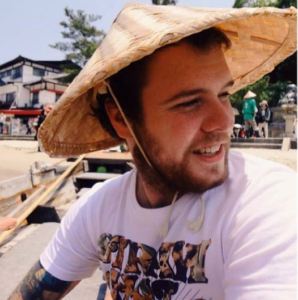 “For a while it affected my work ethic. I went through a phase early on in my career, where I battled to get out of bed and was unable to go to work. I think it can still be stressful. I have rough nights and it can add pressure to my relationship, but today, I have a few methods in place that help me cope with it.”

Teddy focuses on spending time with his friends and is in a supportive relationship. He describes his parents as really caring and exercises, eats well, and works hard to look after himself today.

“I’m not sure if I’ll ever fully recover from depression, as I’ve lived with it for 13 years and still live with it now. I have seen the highs and lows of it, but I do work really hard to be a productive member of society and to cope with it,” said Teddy.

Teddy is participating in the Australian Genetics of Depression study, a groundbreaking international collaboration exploring the genetic risk factors associated with depression, and how genes influence one’s response to treatment. QIMR Berghofer Medical Research Institute is leading the Australian arm of the research study, and Teddy genuinely hopes his contribution will allow experts to unravel more answers to help combat depression.

“I saw the study online one day, and thought it looked interesting, so I clicked in and I found that I was able to take part, so I did.

“It was good for me to be able to be honest about my own depression. I think it’s great that this sort of research is happening to raise awareness . You can’t help anyone who lives with a disease without having any information about it,” Teddy said.

“I have a family history of depression, and from what I understand, there are others in my extended family who have lived with depression.

“I think that there are definitely a combination of genetics and environmental factors at play in clinical depression,” said Teddy.

“I do think there are people who are more genetically predisposed to these conditions, however, I think that environment can play a part. For me, I had caring parents, a good school, and friends, so I can’t say it’s all environment. Some of my own choices probably don’t help, but I am working to continue looking after myself and living with the condition.”

Join Teddy, and participate in the Australian Genetics of Depression Study today – http://www.geneticsofdepression.org.au/