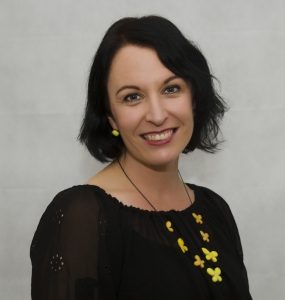 At 16 years of age, Mel, now 43, a single mother-of-four and business owner from Ipswich, experienced an extremely traumatic year.

Off the back of several major, life-impacting events, Mel was diagnosed with clinical depression, and spent the ensuing 26 years battling the devastating mental illness.

Throughout her protracted battle with clinical depression, Mel witnessed numerous relationship breakdowns while she experimented with various therapies, medication, diets and lifestyle changes.

By 2016, Mel, who has a strong family history of mental illness, had finally mounted a full recovery from depression.

This is Mel’s story.

“When I was 16 years of age, my father, who was 40 at the time, was diagnosed with schizophrenia and continually came to me raging, expecting me to help him.  Around the same time, my grandmother was dying with breast cancer and my sister’s close friend was kidnapped, raped and murdered.”

As the oldest of three sisters, Mel felt responsible for her two younger sisters, tried to be there for her mum and struggled to accept her father’s behaviour.

“I’ve always been very sensitive, and when all of this was going on, I felt responsible for everyone and very lonely.  As other kids talked about their weekends, there was all this stuff going on at home that I just had no idea how to voice so I would often walk out of school, wanting to be alone,” Mel said.

Overwhelmed by these devastating occurrences, which were further compounded by a close family member’s subsequent nervous breakdown and diagnosis with bipolar disorder, Mel grew deeply distressed. After visiting her family doctor, she was subsequently diagnosed with clinical depression.

Post-diagnosis, Mel met with a counsellor, which finally enabled her to openly voice her emotions.

“I was able to meet with the counsellor and just cry, which was something I didn’t think I could do anywhere else. I needed that at the time,” said Mel.

After spending a few sessions with the counsellor, Mel’s mental health and wellness began to spiral out of control. She plunged into an abyss of self-destruction, and took up smoking and excessive drinking.

“I had always been a high achiever, and was the person to whom my family and friends turned to for help. I had a good job, and had moved out of home.  My dad had been asking me for help for some time with his schizophrenia, and I had tried to assist, but it all became too much for me.

“At the age of 21, I knew I needed someone to talk to, so I reached out to a psychologist who I saw for a few weeks, who really helped me at the time.

“When I was with the psychologist, I could just cry and let all of my emotions out,” Mel said.

Mel spent the next few years working hard to manage her clinical depression, which she likens to a “heavy, dark energy that courses through, and takes over the whole body, changing your thoughts and feelings.

“Living with depression affected my life in so many different ways. It compromised all of my relationships.

“Then my hormones would routinely kick in, which made my depression even worse. In the lead up to my period, I would experience severe episodes of clinical depression, which was always so confusing. I would be fine one day, and then the following day, in a deep state of depression, feeling useless, hopeless and not wanting to get out of bed or do anything,” said Mel.

“Relationship-wise, I’d lose trust in the person who I was with. I would think they didn’t love me or trust me. Even in my longest relationship, I would often break it off, and when he returned, I couldn’t understand why I had broken it off. It was equally as confusing for the person whom I was with.

“Depression made it hard to do every day chores. Being a single mum, I had little patience to cook dinner, clean the house, or perform basic tasks. Having depression made all of that so hard,” Mel said.

Over the course of the 26 years that Mel lived with depression, she tried many different approaches to try to recover from depression.

“Since developing depression, I have been working to mount a recovery. I didn’t start anti-depressant medication until I was 30 years of age, and I actually went on medication due to another health condition. The medication worked really well for a while, and I felt so balanced.

“But over time, the medication stopped working for me, as my hormones started to override it. After 11 years on anti-depressants, I stopped the treatment, because it was no longer helping my mood,” said Mel.

While weaning herself off the medication, Mel began researching hormonal triggers, exercise and dietary changes in order to combat her clinical depression, and by 2012, was close to having recovered.

“Around five years ago, I was close to having recovered from clinical depression. But a good friend of mine who lived with bipolar disorder, committed suicide.  I experienced such deep grief and spiralled back into a very depressed state, where I remained for the next year-and-a-half.”

Following this tragedy, Mel began a new job, which she enjoyed. Her job focused on helping people achieve physical health and wellbeing through diet and exercise. As she worked to improve the physical health and wellbeing of others, she too began to feel much better. She started to proactively look after herself and to focus on getting better. By 2016, Mel had mounted a full recovery from clinical depression.

Today, Mel is participating in the Australian Genetics of Depression study, a ground-breaking international collaboration exploring the genetic risk factors associated with depression, and how genes influence one’s response to treatment. QIMR Berghofer Medical Research Institute is leading the Australian arm of the research, and Mel genuinely hopes her contribution will allow experts to unravel more answers to help combat depression.

“I have a strong familial link to depression and other mental health conditions.

“My dad has schizophrenia, and is being treated with medication, but continues to battle the illness, and another close family member developed bipolar disorder at the age of 14, and remains manic today. They are also on medication, but continues to struggle very hard with the illness. I have another family member who experiences anxiety, but no depressive episodes,” Mel said.

“We also suspect my Nana may have lived with depression, but she was never diagnosed,” Mel said.

“I believe depression is a combination of genetic and environmental factors. There are some people who are not interested in healing, and prefer to wear their depression as a badge of honour. I think people need to want to heal, in order to be able to heal.

“So, this genetics of depression study is great, because the researchers are working to find the causes and ultimately a better treatment for depression. The study may help inform people that they can heal, and to find new and improved ways of mounting a recovery from clinical depression,” said Mel.