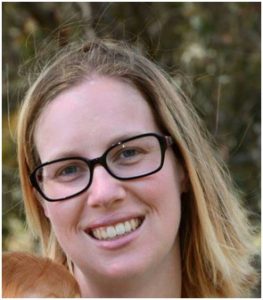 studying at university when she experienced her first episode of depression.

Jennifer began to withdraw from her studies and friends. She had trouble sleeping, and was often unable to get out of bed. She missed day after day of university, as she locked herself in her room in a bid to escape from the world.

Unaware she was experiencing symptoms indicative of depression, it took months before Jennifer sought professional advice. An initial meeting with a psychologist failed to aid Jennifer’s recovery. She was also prescribed anti-depressant medication that would ultimately assist her recovery.

Six years later, in 2013, following the birth of her second child, Jennifer began to experience similar symptoms of depression. On this occasion however, Jennifer recognised the symptoms. Fearing that she had failed as a mother, her feelings soon manifested into anger toward her husband and children. Six months after she began to exhibit these symptom of post-natal depression, Jennifer sought help.

Jennifer has a strong family history of depression – her father, mother and both of her grandmothers lived with the mental illness.

This is Jennifer’s story.

Up until the age of 22, Jennifer led a “relatively normal life.” However, in 2007, while studying at the University of New England, Armidale, NSW, she became overwhelmed by negative emotions that left her feeling “down” all the time.

Jennifer saw a psychologist, but she didn’t find the meetings helpful. However, she found that medication worked.

Following the birth, Jennifer started to experience symptoms of what would later be diagnosed as post-natal depression.

“I was very angry at my husband and children. I felt like I wasn’t a good mother – like I was letting them down.

“I had really damaging thoughts that they would be better off without me,” Jennifer said.

After six months of battling her emotions, Jennifer saw a GP who subsequently diagnosed her with post-natal depression, and armed her with anti-depressant medication.

Today, Jennifer is continuing to mount a recovery from depression. She practices self-care techniques, such as walking, yoga and breathing exercises, and finds comfort understanding her fluctuating emotions.

Jennifer is participating in the Australian Genetics of Depression Study, a ground-breaking international collaboration exploring the genetic risk factors associated with depression, and how genes influence one’s response to treatment. QIMR Berghofer Medical Research Institute is leading the Australian arm of the research, and Jennifer genuinely hopes her contribution will allow experts to unravel more answers to help combat depression.

“The Australian Genetics of Depression Study is an excellent study examining the genes associated with depression, to determine whether an individual is predisposed to the illness due to their family history. This study could help find ways to prevent the onset of depression.

“Depression is a mental illness, and there has to be a reason for it,” said Jennifer.

“I worry about my children’s wellbeing, due to my strong family history of depression.

“My eldest son in particular, he’s a worrier. I think a study like this is really important,” Jennifer said.

Join Jennifer, and participate in the Australian Genetics of Depression Study today – http://www.geneticsofdepression.org.au/