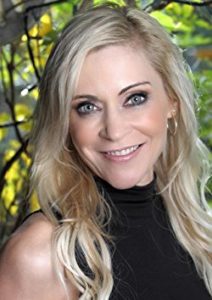 At 16 years of age, Jane, now 50, Sydney, turned to her school counsellor for help because she was rebelling against life, and couldn’t get along with her mother. No matter what she did or said, Jane battled negative thoughts and emotions.

A couple of years later, Jane left school, moved out of home, and spent the ensuing 15 years using illicit drugs and alcohol and doing everything she could to mask her negative feelings.

In the year 1999, at age 32, following the breakdown of her second marriage, Jane sought professional help, and was subsequently diagnosed with clinical depression.

This is Jane’s story.

“My parents split when I was six years of age. I strongly believe that people shouldn’t stay together if they don’t belong together, but they do need to manage how they parent post-divorce,” Jane said.

“After my parents split, coupled with a few more childhood/teenage dramatic life events, I had very low self-worth, and from that point up until the age of 48, I never really liked myself.”

Until her clinical diagnosis with clinical depression at the age of 32, Jane had never given due consideration to the fact that her negative emotional state may have been due to the illness. Upon reflection however, she recognises that the trigger for her clinical depression was not only her parent’s divorce, but the incredible pressure she felt as a woman to “do” life in the right order.

“It’s hard to pinpoint the exact time that I was diagnosed with clinical depression, because I’ve seen so many different psychologists and psychiatrists throughout my life. But I wasn’t actually prescribed medication until after the breakdown of my second marriage, when I was 32. Prior to that, I had tried to escape my negative feelings, by wiping myself out on drugs,” said Jane.

“The trigger for my clinical depression was an unhappy childhood.

“I don’t want to blame my parents, we all must take responsibility for our own lives once we are adults, but I now recognise that a combination of things, including my parent’s divorce, led to my clinical depression. They were struggling with their own inner demons, and had low self-worth, and therefore often told me I was too emotional, too sensitive and not achieving what I should in life,” Jane said.

Furthermore, as a blonde, slim and attractive woman, Jane says she felt insecure about how she should behave, and battled countless emotions due to the media and fashion/beauty industry’s portrayal of women who look a certain way.

Jane thought she should have been happy and successful given her attractive exterior, but rather, felt as though she could never live up to her parents’, or indeed, society’s expectations.

While she continued to battle clinical depression, on two occasions, Jane attempted suicide. Her second attempt in 2008 was her most serious.

“In 2008, I had reached a point at which I thought I just couldn’t continue. I had previously attempted to take my own life. The first attempt was just a cry for help, and due to my ongoing depression, I felt I wasn’t getting any better –   in fact, I was getting worse. After four failed IVF cycles to have a child with donor sperm, I was at a very low point. That’s when I decided to end my life. Single and childless at the age of 42 was too much for me to bear.

“For a long time, I was devastated that I missed out on having children, particularly because I had an abortion at age 27. But today, I look at life differently, and have learned to embrace the fact I didn’t become a mother. My children have fur,” said Jane.

The turning point for Jane came in 2013, when, at the age of 46, she decided to compete as a fitness model.

“I pursued fitness modelling, solely for vanity purposes and to feed my low self-worth. I truly believed that achieving the perfect body and strutting around on stage would fix my life and finally make me happy. I had tried so many different things to treat myself, and recover – I had read so many books, visited so many psychologists, psychiatrists, healers, counsellors and performed so many other things to mount a recovery – but nothing had worked. So, I thought if I achieve the perfect female form and strut around on stage, I would find happiness.”

Nowadays, Jane realises there was no way fitness modelling could have made her happy, but in order to compete, she was forced to change her lifestyle choices.

“I had to do so much training, overhaul my diet, and change so many other things, including giving up the partying, drinking, drugs and general disarray that was my life, to achieve the level of fitness required to compete.

“Throughout my life, I had worked hard every day to mask my clinical depression, and hide it from everyone. My fitness instructors (who knew nothing of my dark side) however, were the first people to treat me with respect, and to look after me, solely for my sake,” Jane said.

Competing as a fitness model involved being on stage and having people judge her physique and posing, which terrified Jane.

“I was so scared of getting up on stage, that I was forced to seek help in order to build enough confidence to do it. I started meditating and speaking positively to myself, and working on my mental health, which I had run away from for so long.

“I learned to visualise myself on stage, and to deliver affirmations about how I loved to be on stage. In the interim, these techniques that I was working on solely for vanity reasons, benefited my mental health, and led to so much more than I realised at the time,” said Jane.

Following her first competition, Jane felt terrible, and fell into a state of clinical depression, once again realising that achieving the perfect female form and getting up on stage did not bring the happiness she imagined it would. She decided to compete for a second time later in 2013, and therefore had to continue to focus on building up her confidence and mental health and wellbeing.

“If I hadn’t decided to compete again, I’m not sure I would have recovered, as I had to continue my new mind techniques,” Jane said.

Over time, Jane says she started to mount a recovery from clinical depression.

“I had been instructed by all of the experts with whom I had worked over the years, to practice mental health management techniques, like meditation. I always thought it was a load of crap,” said Jane.

Despite some initial improvements to her mental health and wellbeing, it was nonetheless, a long road for Jane. It wasn’t until late 2016, at the age of 50, that Jane considered herself recovered from clinical depression.

“The turning point for me was on my 50th birthday. I always knew I had to compete to celebrate my 50th. I hadn’t competed for three years, which I call my recovery years, but knew that I wanted to celebrate my half century in true new ‘Jane’ fashion. Bodybuilding literally saved my life. Having been clinically depressed for my 30th, and beyond depressed for my 40th, I was determined that my 50th would be symbolic of my journey toward recovery.

“Bodybuilding was my recovery pathway. I am sure it’s not for everyone, but for me, fitness and the disciplined lifestyle was such a positive and affirming environment. It was the first time in my life I had positive people to look up to. I wanted to be like them, and they became mentors to me, not just for my physical goals, but on a spiritual and emotional level as well,” Jane said.

Today, Jane is participating in the Australian Health and Genetics Study (AHGS), partners in a ground-breaking international collaboration exploring the genetic risk factors associated with depression, and how genes influence one’s response to treatment. QIMR Berghofer Medical Research Institute is leading the Australian arm of the research, and Jane genuinely hopes her contribution will allow experts to unravel more answers to help combat depression.

“I’m fascinated by the genetic link, as I suspect an immediate family member battles the same issues as me.

“This Australian Genetics of Depression Study is something that is necessary, particularly for young people. I wish I’d had a school curriculum to deal with real-life situations, such as divorce, death, heartbreak, and was armed with a tool box of mental health techniques to help deal with, and move past, these difficult life events,” said Jane.

“If researchers can identify who is at higher risk of clinical depression, and educate this population with these mind techniques prior to a life-triggering event, I think that would be awesome.

Watch Jane as she shares her story: