In 2007, after starting her Bachelor of Science degree 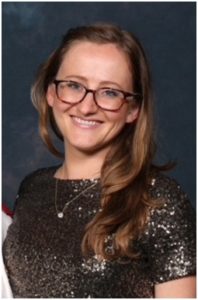 in psychology and while in a difficult relationship, Emma, then 21, Sydney, often felt down or sad.   Over the ensuing 18 months, her negative emotions continued to escalate.

After leaving her partner in March 2008, Emma moved back into her parent’s home. A few months later however, her negative emotions continued to escalate. So she visited her GP for advice, and was subsequently diagnosed with clinical depression.

Emma is now participating in the Australian Genetics of Depression Study. She is aware of the potential role that nurture and environment play in depression, and hopes to help experts identify the genes responsible for the debilitating illness.

This is Emma’s story.

“For me, depression was like a persistent cloud that weighed me down.

“I mistakenly thought that, because I was studying Psychology at university, I couldn’t really develop depression as I understood the illness and how to deal with it,” said Emma.

“Even when I recognised the symptoms in myself, it took me a while to accept that I was living with depression.”

In May 2008, after visiting her GP and nearly two years after first noticing her symptoms of depression, Emma was diagnosed with depression and began her subsequent journey to recovery.

Emma’s initial treatment plan involved medication with support from a counsellor. However, she eventually chose to abandon the counsellor route.

“My life was traumatic when I was diagnosed with depression. I had just come out of an abusive relationship, and my university grades were really suffering due to my inability to concentrate, which was a result of my depression,” Emma said.

In 2009, after being advised by her university to take a year off, Emma chose to pursue another path.

“I decided not to return to university to complete this course, but rather, chose to embark on a sports massage course that was literally hands-on. I really enjoyed it,” Emma said.

Taking a break from the stress of study was important for Emma because it allowed her to focus on herself, in order to aid her recovery.

At the same time however, life had become stressful for Emma on the home front. Her parents had separated, and her dad had moved out. Meanwhile, her younger sister was completing her final year of high school.

“I became like a pseudo-parent to my sister at the time, dropping her off at school and picking her up at night. It was a great bonding time for us.  However, my parents split really took a toll,” said Emma.

In the interim, Emma returned to tertiary studies of counselling and also began visiting a new counsellor, who proved to be very helpful.

“During 2012-2013, I saw a counsellor on a weekly basis for around 12 months. She was a Master’s student who was working to boost her hours, who really helped me.”

In early 2013, Emma’s parents finalised their divorce, and her mum moved into a new house. Emma, on the other hand, moved in with her grandmother and aunt and became a part-time carer.

“One of the biggest impacts that depression had on me was that I was sleeping a lot.

“I had no routine.  When you aren’t sleeping well, studying becomes really hard. But I managed to get through the degree, and completed it a year ago in 2016,” Emma said.

Emma has since found work as a transcription typist for court proceedings and Police interviews. She has also joined a church, and acts as a volunteer for the church youth group, from which she has made many close friends.

“I had little stability in my life for a long time. Being in a toxic relationship while working out what I wanted to do with my life all those years ago triggered my depression.

“In January, this year [2017], I stopped taking antidepressant medication. I’m feeling a lot better now, but I still rely on my friends and church family to support my recovery. My GP is great and is really aware of my situation as well, which all helps,” said Emma.

Today, Emma is conscious of her physical and mental health. She recognises routine as pivotal to supporting her recovery and leans on those who are able to offer her genuine support.

Emma is participating in the Australian Genetics of Depression study, a groundbreaking international collaboration exploring the genetic risk factors associated with depression, and how genes influence one’s response to treatment. QIMR Berghofer Medical Research Institute is leading the Australian arm of the research study, and Emma genuinely hopes her contribution will allow experts to unravel more answers to help combat depression.

“Having studied psychology and counselling, I’m aware of the role that nurture and environment plays in depression. But understanding the genetic contribution to the illness is something I know little about.

“I think depression is a combination of genetics and the environment, and by examining the genetics of depression, this landmark study could help to discover and unlock cures, and/or treatments for the illness. That’s something I’m really supportive of,” Emma said.

Join Emma, and participate in the Australian Genetics of Depression Study today – http://www.geneticsofdepression.org.au/