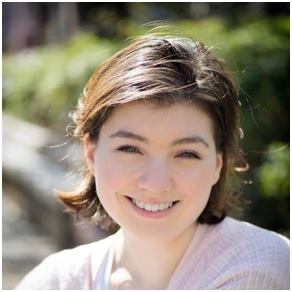 tears in a singing lesson during the final year of her International Baccalaureate (IB).

For some time, Clare had been struggling with feelings of hopelessness and restlessness, but mistakenly assumed this was due to the compounding stress of her studies.

Confiding in her singing teacher, Clare was encouraged to visit her local doctor to discuss her feelings, and was subsequently diagnosed with depression.

Over the past decade, Clare has fluctuated between periods of deep depression and mild, generalised anxiety, and has been hospitalised twice for her mental health.

Clare, who is of half-Japanese descent, has spent much of her post- school years acting and modelling in Tokyo, and has struggled with the social stigma attached to mental health in Japanese culture and society.

Clare is a firm believer in a holistic approach to treating depression, and has personally found a combination of medication, psychology and hospitalisation helpful to her recovery.

This is Clare’s story.

“Initially, it was hard to recognise the tell-tale signs of depression because I was completing my IB at the time, so I attributed much of how I was feeling to stress.

“When I finally confided in my singing teacher and explained how I was struggling to get to sleep, and how I was sad all the time, she urged me to seek professional help,” Clare said.

“It was a kind of a light bulb moment when the doctor first mentioned I may be experiencing depression.”

The self-described “highly emotional, sensitive person” had long struggled with her mental health, but maintains the stress of her final year effectively triggered her depression.

Speaking to her GP at the time, Clare was prescribed some medication to help her get to sleep, and was booked into a psychologist through the practice.

“The first psychologist wasn’t overly helpful. When I mentioned I was stressed at school, he started helping me out with essays, but was missing the point.

“The second psychologist I saw was amazing, and really helped me talk through a number of issues,” said Clare.

A few years later, Clare was fired from a part-time job, which threw her once again, into a deep depression and subsequent hospitalisation.

“Depression is like someone is in your ear, constantly telling you that you’re worthless and you can’t do anything.

“It’s a huge weight on your shoulders, and there’s really not much you can do to fix it when you’re in the grips of depression,” Clare said.

For Clare, hospitalisation contributed significantly to her recovery, for she was able to remove herself from many of the things that were triggering her depression, and to immerse herself in a sense of routine.

“I would routinely wake up at the same time every day. Prior to being hospitalised, I was juggling two-to-three different jobs and was rehearsing during the evening, so had become completely overwhelmed,” Clare said.

Clare spent a lot of time in Japan, working as an actress and model post- high school, and has experienced first-hand, the social stigma attached to depression in Japanese culture and society.

“I went to counselling in Japan but found it extremely difficult to articulate my emotions, because I was speaking in what I consider to be my second language.

“This was exacerbated by the fact that a huge chunk of my support network was back in Adelaide at the time. On top of all this, I was also dealing with the break-up and aftermath of quite an awful, disruptive relationship,” said Clare.

“In Japan, a lot of people would blame me for being mentally ill, rather than considering it an illness and something beyond my control.

“I am very appreciative for the quality of the treatment offered in Australia. In Japan, mental health is not well understood, and people are expected to tough it out, and get on with things,” Clare said.

Nowadays, Clare has learnt to manage her depression and anxiety, returning to school to study stage management, and is in a healthy, long-term relationship.

“My boyfriend also suffers from anxiety, which makes it easier, as we are both able to help one another and truly empathise with each other’s situations,” said Clare.

Clare is participating in the Australian Genetics of Depression Study, a ground-breaking international collaboration exploring the genetic risk factors associated with depression, and how genes influence one’s response to treatment. QIMR Berghofer Medical Research Institute is leading the Australian arm of the research study, and Clare genuinely hopes her contribution will allow experts to unravel more answers to help combat depression.

“Studying DNA and the potential genetic markers associated with depression is so important. The earlier you know you may be at risk of depression, the better it will be to access treatment.

“If you’re aware you may have a predisposition to depression, this may allow you to identify what is happening when depression strikes,” Clare said.

“I’m not aware of a family history of depression, so I think my depression may be due to a number of environmental factors.

“I completed the survey because I thought I would be able to help others indirectly, who down the track, will benefit from research in the field,” said Clare.

“I also found completing the survey really interesting, because it allowed me to reflect upon how much I have been through and to celebrate the position I’m in now.”

Join Clare, and participate in the Australian Genetics of Depression Study today – http://www.geneticsofdepression.org.au/