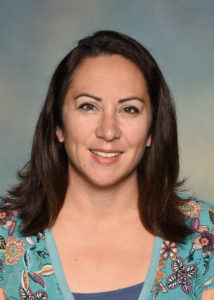 Former geneticist, high school teacher and mother-to-five, Catherine, 38, Adelaide, describes depression as something that saps her enthusiasm for anything that brings enjoyment to her life.

At 21, Catherine got engaged and landed the perfect job. On paper, her life seemed to be going well. But in reality, her life felt otherwise.

In 2000, after “feeling down” for a long period of time, Catherine’s GP referred her to a psychiatrist, who prescribed her anti-depressant medication and weekly visits.

Seventeen years later, Catherine is continuing to be treated for depression, and although the medication has helped improve her health and wellbeing, the illness continues to affect her life.

Catherine is participating in the Australian Genetics of Depression Study, and as a trained geneticist, is keen to play her part in helping researchers identify the genes associated with the illness.

This is Catherine’s story.

At 21 years of age, Catherine was flourishing on paper, but in reality, had been experiencing depressive episodes for a years.

“I had been battling for a few years, and putting on a happy mask, pretending things were normal. But in reality, life felt pretty bad.

“I wouldn’t let myself, let alone anyone else, see how depressed I really was,” Catherine said.

A combination of triggers exacerbated Catherine’s depression, including childhood trauma, which manifested following a heart-wrenching relationship break-up at 18 years of age.

“It was a very emotional time, breaking up with my boyfriend at 18 years of age. It stirred up terrible memories for me.

“The depression was probably my body’s way of telling me to slow down and to process things. But I chose not to,” said Catherine.

The effects of depression prevented Catherine from achieving her goals, due to fear of failure, and lack of energy and enthusiasm. She also felt discrimination from her depression at work, preventing her from seeking new career opportunities.

“At the time of my diagnosis, my then employer was accommodating with my medical appointments. But when it came to applying for promotions at work, I wasn’t considered, for they were concerned that I would get too stressed out,” Catherine said.

Eventually, Catherine’s GP referred her to a psychiatrist. After some trial and error, Catherine managed to find a compromise that allowed her to carry on with daily life.

“I went to visit the GP because everything had become such a struggle, and it all felt too hard.

“My GP referred me to see a psychiatrist, who put me on medication. I had weekly sessions with the psychiatrist for around six months,” said Catherine.

“I still see a psychiatrist to this day, every two-to-three months.”

Having now passed the peak of her depression, Catherine accepts that she will remain on medication for the rest of her life.

“My current situation is working for me. The support from my family and friends, who check up on me regularly, has been phenomenal.

“The medication helps to bring a sense of normality back to my life,” Catherine said.

Catherine has since learned that many members of her family have lived with depression, including her father. The illness has in fact plagued generations of her family, but was allegedly never publicly discussed.

Catherine is participating in the Australian Genetics of Depression study, a ground-breaking international collaboration exploring the genetic risk factors associated with depression, and how genes influence one’s response to treatment. QIMR Berghofer Medical Research Institute is leading the Australian arm of the research study, and Catherine genuinely hopes her contribution will allow experts to unravel more answers to help combat depression.

“It’s a brilliant study. I completed a genetics degree before becoming a teacher, and think there is likely a genetic component to depression.

“The more genes and links to depression that researchers are able to unravel, and subsequent medications to treat the illness, the more it will help people like me, and future generations at risk of developing depression,” said Catherine.