In April 2010, while working as a probation officer in 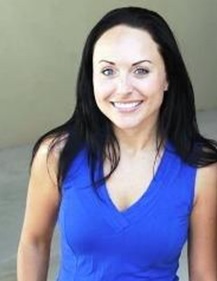 London, Carly, then 29, slipped a disc in her back, which rendered her at home, unable to work or exercise.

Prior to her injury, Carly had used exercise as a “coping” mechanism, given she had just emerged from a challenging relationship, and a year earlier, had witnessed her brother trying to take his own life.

Unable to exercise, and holed up at her parents’ home, the once outgoing and ambitious Carly soon fell into a highly emotional state, and became so unmotivated, she was unable to even read a book.

After finally recognising something was seriously wrong, Carly sought professional advice, and was subsequently diagnosed with depression – an illness that had plagued her family for years.

“Slipping my disc, and being forced to take time off from work was the straw that broke the camel’s back for me.

“My friends had encouraged me to use this time to look after myself, and to heal, because they thought I was going through depression,” said Carly.

“I, on the other hand, was in denial. I had stopped caring for myself. I wouldn’t get up to eat, or shower, or do the most basic things. When I couldn’t complete a page of a book because I felt my brain had melted, I knew something was seriously wrong.”

For Carly, her diagnosis of depression did not come as a real surprise, given her family history of mental illness – her father, brother and sister had all been diagnosed with different forms of depression.

“2010 was a traumatic year for me. I had been seeing a guy who was living with bi-polar, but chose to end the relationship in June that year. I then moved into my parents’ flat.

“The days dragged on, to the point where I felt I was just hanging onto my sanity with my fingertips. Eventually I gave up, so forced myself to visit my friends for help and support,” Carly said.

Around this time, Carly had decided to move to Australia, where she had holidayed with her sister a decade earlier.

“I spoke to my brother, who had lived with chronic depression since childhood, about how I was feeling, and he grew extremely concerned about me, and told me I needed to take a holiday somewhere with sunshine,” Carly said.

“I was hesitant to go on a holiday because I was in saving mode to relocate to Australia. He was adamant though, and offered to pay for my trip to Turkey to spend some time in the sun.”

After much coaxing from her brother, Carly reluctantly accepted his offer, and headed to Turkey.

“While in Turkey, I chose to relax. I lay in the sunshine, absorbed some vitamin D, and listened to positive affirmations through my headphones,” said Carly.

After a few days, Carly picked up a book, and started to read it without distraction.

“That was a real victory for me. A holiday away from everyday life allowed me to feel like my old self again. I was beginning to heal.

“Support from my brother and other family members at this time, also aided my recovery,” Carly said.

In a healthier state of mind, Carly relocated to Australia in early 2011. Soon after she secured a mental health-related job and entered a new relationship. Her life appeared to be back on track until, only a few months later, her work was no longer in a position to sponsor her, and her relationship with her partner broke down.

In order to remain in the country, she had to head out to regional Australia to perform three months of work.

Feeling alone in a foreign country, and fragile due to her recent battle with depression, Carly started to slip back into depression.

“I vividly recall teetering on the point of depression, and calling my family to inform them that I was once again, battling depression,” said Carly.

“They told me I could come home, but I was determined to stay in Australia, because I knew it was the place for me.

“So, after reaching out for professional help, I was prescribed a three month course of low dose anti-depressant medication and counselling,” Carly said.

“After completing my course of medication and 12 counselling sessions, I started to mount a strong recovery from depression. I successfully reconnected with myself, and my partner, to whom I am now engaged, sorted out my visa, and my life began to fall into place.”

Nowadays, Carly maintains she has recovered from depression, and is protectively armed with a toolkit for use, should she start to feel as though she is slipping into the illness.

“These days, I’m very conscious of mood changes, but I now have a strong support network that allows me to recognise the early signs of depression.

“I definitely think genetics plays a role in the illness, but the way in which depression manifests tends to differ from one individual to the next,” said Carly.

“My brother, for instance, has experienced lifelong depression, while I experienced a reactive form of depression. It’s a really tricky illness to pin down.”

Carly is participating in the Australian Genetics of Depression Study, a ground-breaking international collaboration exploring the genetic risk factors associated with depression, and how genes influence one’s response to treatment. QIMR Berghofer Medical Research Institute is leading the Australian arm of the research study, and Carly genuinely hopes her contribution will allow experts to unravel more answers to help combat depression.

“I hope this amazing research yields answers to the genes associated with depression, and new solutions to treating the illness in the future.

“This research could also help discover preventative strategies for depression, which is very exciting,” Carly said.

Join Carly, and participate in the Australian Genetics of Depression Study today – http://www.geneticsofdepression.org.au/