In March 2008, after relocating from Sydney to Canberra to attend university, then 19-year-old Anna found it hard to connect with new people. 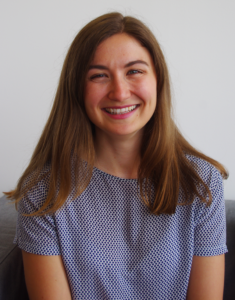 For the first time in her life, the usually bubbly young woman found herself overcome by loneliness.

She nonetheless tried hard to “tough it out at university.”

In July 2008, four months after commencing university, Anna visited her parents at their new farm in Byron Bay. While trying to hide her loneliness from her parents, she was confronted by a local naturopath during her stay, who told her she was the “saddest person he had ever seen.”

Confronted by the truth she’d been trying to hide, Anna finally chose to disclose her feelings to her parents, describing how she felt like an observer of her life, watching her life pass by, rather than participating in it.

This is Anna’s story.

“I had always lived in Sydney, but I moved to Canberra to study at the Australian National University (ANU).

“Although nothing particularly bad happened at Uni, I failed to connect with people, and started to experience an overwhelming sense of loneliness,” said Anna.

This sense of loneliness soon developed into something much more serious, as Anna worked hard to hide her feelings from her family and those around her.

“I was living on campus, and becoming overwhelmingly sad. But I didn’t want to bother my family with my feelings.

“So I chose to keep my feelings to myself for four months – a long period during which I cried every night, and tried to be my usual positive and motivated self during the day,” Anna said.

When Anna visited her parents’ farm in Byron Bay, she hid her feelings from them until the last week of holidays.

“My mum took me to see a naturopath in Ballina, who was an alternative healer. I didn’t believe in his methods at that time – I went more out of curiosity. He was a very unique man.

“I didn’t tell him how I was feeling, but after he ran some tests, he looked at me piercingly and told me I was the saddest person he had ever seen. I realised I couldn’t hide my sadness anymore, and I told my mum and dad about my feelings,” said Anna.

With her parents’ support, Anna organised to see a GP, who then referred her to a psychiatrist, who diagnosed her with depression and anxiety.

“I felt completely hopeless. I felt like I was a burden on my family and friends.

“I never thought I would ever be good enough for anyone. I just felt overwhelmingly sad. It was a grief I just couldn’t get past,” Anna said.

Anna was determined to get better, so she met with seven counsellors before settling on the one she really clicked with.

As part of her treatment, Anna was encouraged to exercise for 30 minutes a day, no matter what her mood. She was also encouraged to eat well, to meditate, and was armed with some effective tools to aid her recovery process.

“I tried to exercise 30 minutes a day, and to meditate for 10 minutes each day. My counsellor also advised me to schedule in specific time each day to feel depressed. Outside of that time, I had to focus on positive thoughts.

“So I’d schedule between half an hour, to two hours every evening as my ‘depressed time’, when I could really wallow. Then the timer would go off, and I’d try to get on with life. This was so helpful for me,” said Anna.

Anna was simultaneously being treated with a half-dose of antidepressant medication, which “really worked” for her.

“For me, the medication did wonders. It helped to block out the really big lows, which meant I could lead a more normal life.

“My mum also gave me a great piece of advice. She told me to treat my depression like a broken leg. When you have a broken leg, you can’t walk properly, but you’re still the same person. I had a broken head, but the Anna I knew hadn’t changed. I was still the same person, just sick. This really helped me get through the times when I felt like my whole personality had changed forever,” Anna said.

“As soon as I had come through depression once, I knew I could do it again. Each time became easier, and I had a ‘toolkit’ of actions I knew would help bring me out of it.

“An amazing tool in my toolkit was my ‘friends to call’ list –were my friends and family who I could always call when I was feeling depressed and alone. When you’re really depressed, you can honestly forget every single person who cares about you, so this list was immensely powerful in showing me I wasn’t alone,” said Anna.

Nowadays, although Anna appreciates she could lapse back into depression at any time, she is nonetheless confident that, armed with support from her family, friends and toolbox, and empowered by an intimate understanding of the illness, she will be able to fight and overcome it once again.

“I could experience depression again, and it would be a big hurdle to overcome. But I’ve beaten it before, and I know I can beat it again.”

Anna is participating in the Australian Genetics of Depression Study, a ground-breaking international collaboration exploring the genetic risk factors associated with depression, and how genes influence one’s response to treatment. QIMR Berghofer Medical Research Institute is leading the Australian arm of the research, and Anna genuinely hopes her contribution will allow experts to unravel more answers to help combat depression.

“The Australian Genetics of Depression study is an excellent study examining the genes associated with depression, to determine whether an individual is predisposed to the illness due to their family history, in order to help prevent the onset of depression.

“I definitely think this is a great study. I think people tread too lightly around depression, and there’s a common feeling that there isn’t a treatment or sufficient understanding of the illness,” Anna said.

“So I was really excited when I saw this research examining the genetics of the illness, as I think it could benefit many people in the future.”

Join Anna, and participate in the Australian Genetics of Depression Study today – http://www.geneticsofdepression.org.au/