After immigrating from Scandinavia to Australia with 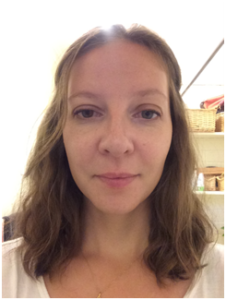 her family at 12 years of age, Angelika, now 37, Canberra, experienced difficulty settling in. Over a period of three years, her feelings of homesickness compounded, and at 15 years of age, she began to regularly feel “down.”

Five years later, after her mother chose to leave her family, Angelika, then aged 20, had fallen into the depths of despair. Her mood was low, she had lost substantial weight, she was sleeping a lot, and was unable to engage with anyone or anything. Recognising his daughter’s desperate call for help, Angelika’s father encouraged her to visit a doctor. Angelika was subsequently diagnosed with depression, and offered a prescription for antidepressant medication, which she promptly refused. Years later, following a break down in a hospital corridor, Angelika accepted a course of anti-depressants, and commenced her recovery from depression.

This is Angelika’s story.

“Depression is like a big black blanket that comes over me. It takes hold of me, and separates me from the rest of the world. It makes me feel as though I’m not a part of anything. When I was depressed, I slept a lot and didn’t want to participate in the world,” Angelika said.

Today, Angelika, who has two beautiful children and is undertaking a PhD in sociology, is on anti-depressant medication, something which she refused to take for years until experiencing a severe episode of post-natal depression in 2013, following the birth of her second baby. Angelika had become so sleep deprived due to her anxiety at this point in time that she had a breakdown in a hospital corridor.

“I couldn’t sleep, and was finding it difficult to bond with my newborn. I just wanted to run away,” said Angelika.

Six weeks after the birth of her son, Angelika informed her GP that she felt something was wrong. She described her symptoms, and was subsequently informed that it can take time to bond with your child.

Responding poorly to this advice, as she knew something more sinister was at play, Angelika visited another GP a few weeks later who specialised in post-natal depression. This GP immediately recognised her post-natal-related symptoms, and offered her a course of anti-depressant medication, which Angelika refused.

“A few nights later, after failing to sleep at all, I knew something was really wrong. So I went to hospital with my baby to request a sleeping tablet,” Angelika said.

After waiting a long time to see a doctor, Angelika, in sheer frustration, began to hurry down the hospital corridor, when she suddenly broke down in despair. The combination of stress, exhaustion and depression had completely overwhelmed her. A doctor passing by recognised her symptoms, and took her aside.  She prescribed her some sleeping pills, and recommended she commence anti-depressant medication to help manage her mental health and wellbeing.

After arriving home, Angelika spent the ensuing two days asleep, and after finally stirring, visited her GP, and accepted a prescription for anti-depressant medication.

She also visited a psychiatrist for help, and after being assured that her depression was neither posing any danger to herself, or to her child, she was able to commence her recovery from the illness.

Angelika’s husband also took a few months off work to care for her, and their children, and with further support from extended family and friends, Angelika soon began to feel the way she knew she should be feeling.

“A few months after starting anti-depressant medication, I felt like myself again, and my husband was able to return to work.

“Since I’ve been on anti-depressant medication, I’ve had the odd bad day, but never like before,” said Angelika.

“In fact, I’m yet to experience any further severe episodes of depression, and hope not to relapse again.”

Today, Angelika describes herself as having “recovered from depression,” but is aware that she needs to remain on anti-depressant medication indefinitely. She is now able to live according to her values and has made lifestyle decisions, such as a good work/life balance, that complement this. She says “Depression isn’t me, it’s just something that happened to me.”

“My parents never believed in depression, however I’m certain my family carries a genetic link for depression. My mother is an alcoholic, and my father has been through some tough times that I would call depression, but neither have sought professional help, or diagnosis,” Angelika said.

Angelika is participating in the Australian Genetics of Depression study, a ground-breaking international collaboration exploring the genetic risk factors associated with depression, and how genes influence one’s response to treatment. QIMR Berghofer Medical Research Institute is leading the Australian arm of the research study, and Angelika genuinely hopes her contribution will allow experts to unravel more answers to help combat depression.

“I think depression is a combination of one’s genetic predisposition to the illness, and environmental factors.

“As a PhD student, I’m very enthusiastic about this study unravelling answers to the genetics of depression. The study is looking into an area that requires answers,” said Angelika.

“I think there is genuine potential for this study to identify the genes associated with depression.”

Join Angelika, and participate in the Australian Genetics of Depression Study today – http://www.geneticsofdepression.org.au/