Brisbane-based mum, Jodie, 45, is a survivor. She’s engaged in a long and arduous battle with various illnesses over the years. 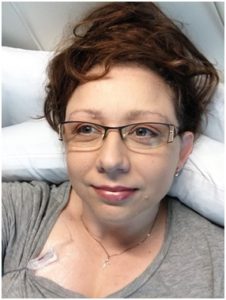 Jodie was diagnosed with stage four profuse follicular non-Hodgkin’s lymphoma in 2006 – a disease that crippled her with constant pain while it ravaged her body, eating through bones, muscles and nerves.

“I felt a tangible difference with medication – like a black cloud and the fogginess was leaving my mind. I felt like the pills were actually doing something to connect my mind to reality. Life was much better – I felt so much better within a week of commencing medication,” Jodie said.

Jodie’s battle with depression is ongoing and she encourages every adult who has been treated for depression to join the Australian Genetics of Depression Study.

“I believe genes really do play a role in clinical depression because I’ve seen a connection between many people who are related to one another, particularly mothers and fathers, and sons and daughters, who have similar experiences with clinical depression across the board, through the whole family,” said Jodie.

To join Jodie and other Australian volunteers participating in the Australian Genetics of Depression Study today, head here: http://www.geneticsofdepression.org.au/